5 Facts You Need To Know About DOK2 + DOK2 Concert Giveaway

Dok2 (pronounced doh-KEE) —or 도끼, which means “axe” in Korean—has always stood out in homogeneous Korea. Born Lee Joon-kyung, Dok2’s father is half-Spanish and half-Filipino and his mother is Korean. After finishing only six years of school, Dok2 dropped out for good. At age 12, when his parents’ restaurant in Busan failed, he made it his mission to become a rich rap star.

“My family was broke, and I assumed musicians and entertainers made good money, so I just got into making music,” he recalls.

Dok2 would soon learn that getting rich as an entertainer wasn’t as easy as he thought it would be. His first big break was with Gap Entertainment, for which he debuted as a member of kiddie rap duo All Black. His contract required the then-15-year-old Dok2 to make 10 full albums within a span of eight years. By 2008, struggling with the terms of his deal, Dok2 self-released Thunderground Mixtape Vol. 1, one of Korean hip-hop’s first American-style mixtapes. It sold over 3,000 copies. Combining those profits with show money, Dok2 saved up nearly $50,000—more than the $30,000 he needed to break the shackles of his Gap Entertainment contract. 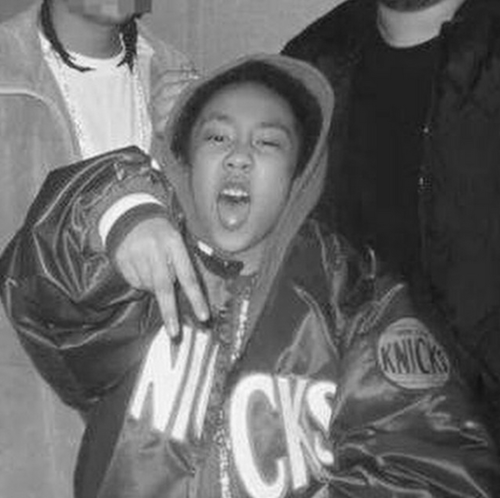 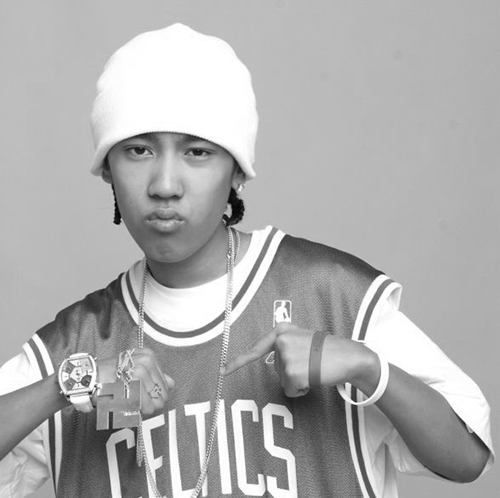 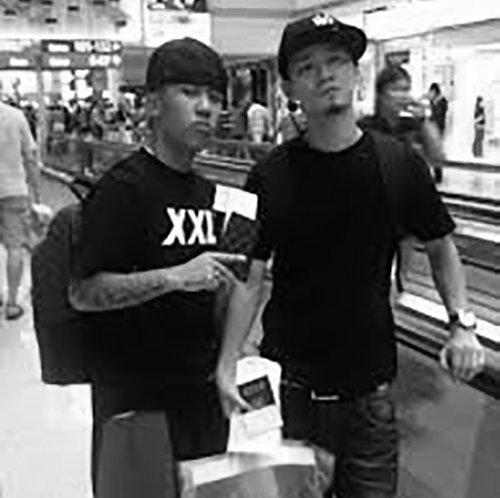 Dok2 met the Quiett while both of them were rookie contributors Dynamic Duo’s (a South Korean hip hop duo that consists of rappers Choiza and Gaeko) second album, Double Dynamite, in 2005. The two formed Illionaire Records on January 1, 2011 and signed rapper Beenzino later that year. Since then, they have become Korean indie rap’s most popular figures, with Dok2’s 2009 EP, Thunderground, selling 10,000 copies and the Quiett’s 2010 LP, Quiett Storm: A Night Record, pushing 7,000. Considering sales of 10,000 denotes platinum and 5,000 denotes gold in Korea, it made sense for two artists of similar stature to have equal footing in Illionaire.

Without the aid of major-label dollars, Illionaire has risen to the top of the Korean hip-hop scene on the strength of a DIY mentality that has made the three of them rich in their home country—and, slowly but surely, on their way to achieving notoriety abroad. In doing so, they are at the forefront of a new movement in independent Korean hip-hop that is proving that there is more to the country’s musical exports than cute K-Pop groups.

While borrowing from hip-hop has been a common trend in K-Pop since the early ’90s, the music itself has been regarded as second class. Cultural differences are the biggest hurdle, since rap’s roots are in anti-authoritarian and ego-driven rhetoric. For Koreans who are taught the age-old proverb “A nail that sticks out gets hammered,” rap’s attitude—not to mention the alcohol and drugs—is not only deemed crude, but sometimes taboo. Korean hip-hop has its roots in Gangnam—made famous by Psy’s hit—and not an impoverished neighborhood like the South Bronx. Members of seminal Korean rap groups like Dynamic Duo and Epik High all hail from the affluent Seoul district. Being that hip-hop is a foreign culture that costs money to emulate, those with more money naturally had more access.

Koreans, broadly speaking, are not shy about flaunting their wealth, which falls right in line with the ethos of contemporary hip-hop. In that sense, Illionaire’s music is a sign of the material times. To start, their content is dominated by boasts about cars, jewelry, and money—especially money. Sonically, each Illionaire artist leans heavily on popular hip-hop trends. Dok2, who has collaborated in the past with K-Pop superstars G-Dragon and HyunA, prefers Southern trap and co-opts flows from Tha Carter II-era Weezy and Meek Mill.

Though their lyrics are mostly in their mother tongue, with choruses and ad-libs often in English, one doesn't have to understand the meaning of the words to “turn up”—a term Dok2 popularized in Korea—to Illionaire’s music. Today, emboldened by Illionaire’s success, more indie Korean rappers and R&B singers are thriving without major labels, including K-Pop star Jay Park and his AOMG imprint and Keith Ape (“It G Ma”), who was originally a product of Korean indie HI-LITE Records.

Beyond their image and sound, Illionaire earns hip-hop cred because they are hustlers who have bucked the system to create—and make money—on their own terms.

Dok2 coined a name Illionaire Records. Illionaire means that the co-founders are pursuers of great things, so they’re ‘ill,’ and they aspired to become millionaires.

Dok2 honed his English in foreign school and from consuming rap music and movies like Brown Sugar and Training Day.

Exactly a year ago on August 31, 2018 Dok2 wrote on Instagram, "Hard at work with moving stuff. Moving is probably the hardest thing in the world. Just like it says in my recent song 'Cali Shine', I plan on living in the U.S, which was my dream since I was young - with my turning 30 years old next year as the turning point of my life. Even though I'll only be leaving some basic belongings and my studio in Korea, I still plan on promoting and performing in Korea so don't worry, my fans. There will be some small changes, but I've always gone back and forth often so I don't expect too drastic changes."

DOK2's went from rags to riches: "Back in 2002, when I was thirteen years old, our home was in Busan and we had a big restaurant, but it didn't do well so went bankrupt. Our family had to split up, and my older brother and I came to Seoul to do music.  We lived in a container box in the building of our agency for about two years.  Afterwards, the rest of the family all came to Seoul, too, and lived in a small room used by cleaning ahjummas.  That is why I officially lived alone starting in 2011."

DOK2 likes to live a true hip hop lifestyle from collecting Rolex watches to owning eight fancy cars. He said: "But I grew up on rap videos and MTV Cribs, so to live like the rappers I saw growing up was always my dream.”

Do you want to rock out to some quality Korean hip hop? You may be in luck. Enter our Instagram giveaway and you may win 2 tickets to see DOK2 live at Venue tomorrow just before Soju Sunday.

"You Did Well." 10 Songs To Help You Get Through Difficult Times

DRIP TOO HARD: Top Stylish Korean Rappers That You Need to Know